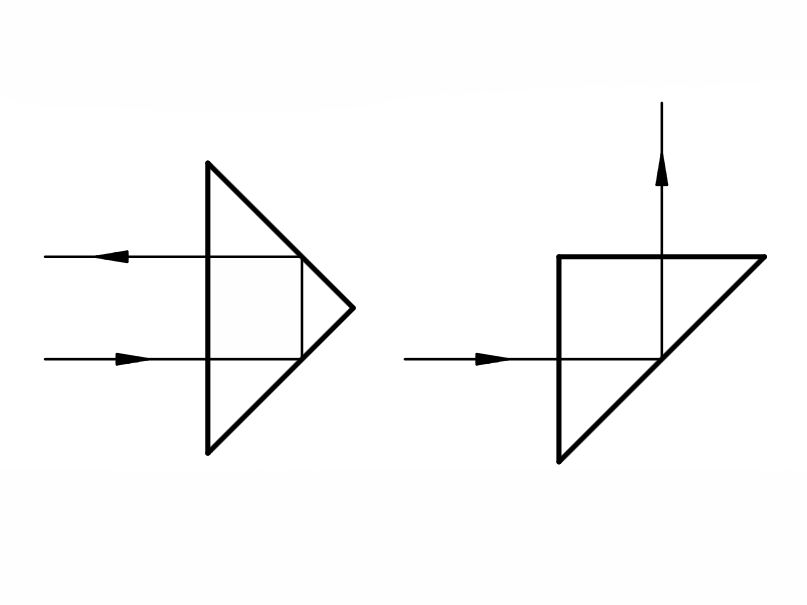 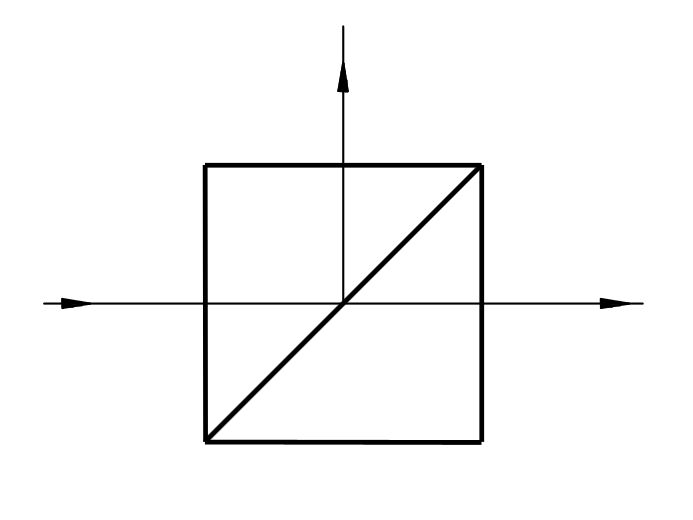 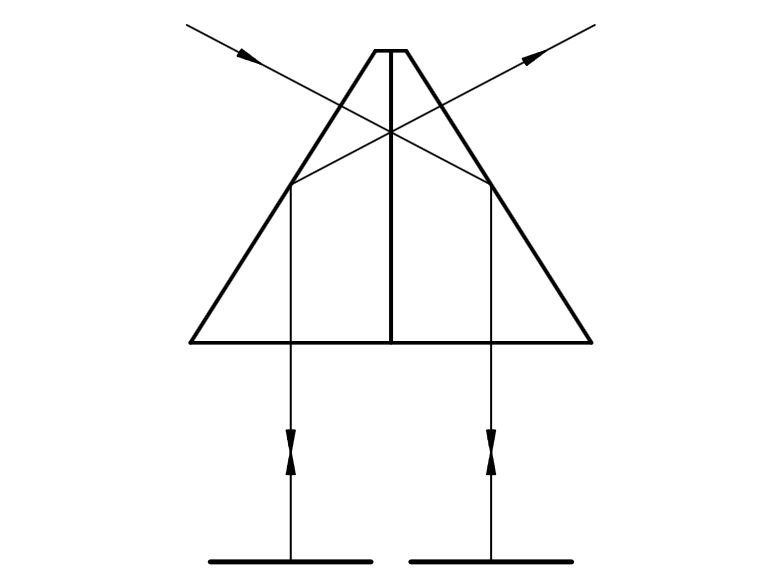 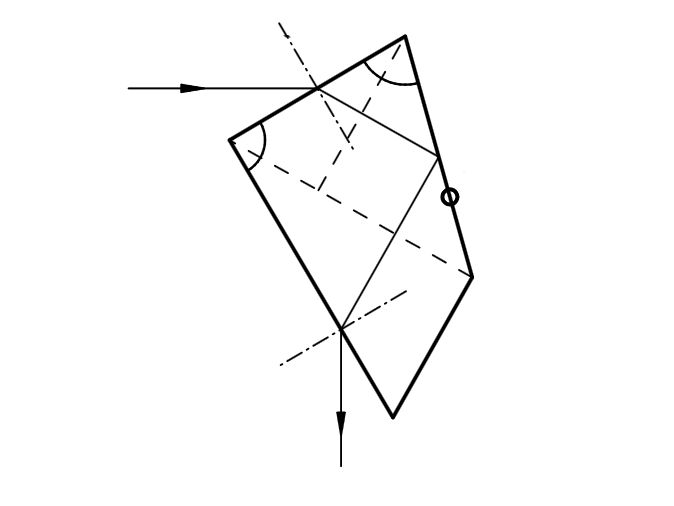 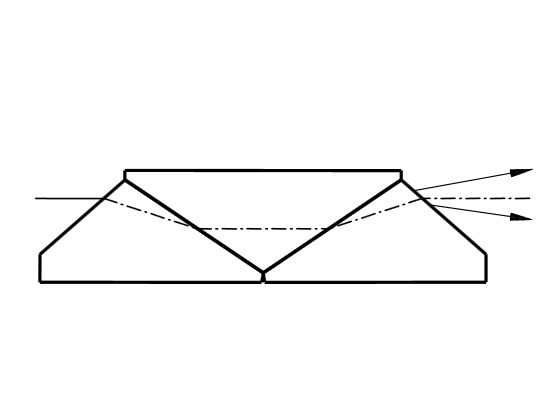 
Optics holds a vast variety of applications for prisms. Typical purposes are the deflection, splitting and spectral dispersion of light beams.

The multitude of known prism types corresponds to a variety of possible uses. The prisms listed in this catalog represent only a small choice. Other types can be manufactured based on customer specifications with the same quality.

In the following some general parameters for the characterization of prisms are introduced.

The tolerance for the shape deviation defines the allowed difference of the real surface with respect to the ideal shape (plane or sphere). In optics the tolerance is usually given in units of the wavelength λ (e.g. λ/4). To convert this specification to length units it is essential to know the reference wavelength λref. The specifications in this catalog are referenced to a wavelength of λrefnm unless otherwise noted (d.h. λ/10 entspricht 54,6 nm).

A further parameter for the specification of the shape deviation is the method used to evaluate the measured data. With this respect the difference of the extreme values (peak-to-valley, PV) as well as the quadratic average of the deviation (root mean square, RMS) are commonly used. To calculate the PV value only the locations with the largest deviation are regarded whereas the RMS values characterizes the average deviation over the entire surface. Both values have their motivation of use. In this catalog the values specified for the PV deviation unless otherwise noted. Although there is no general relation between the PV and the RMS deviation one can assume the RMS deviation to be lower than the PV value by a factor of 3-5 for most surfaces occurring in practice. For example a value of λ/10 (PV) corresponds to λ/30-λ/50 (RMS).

The form deviations specified in this catalog are valid for an area of at least 90% (typ. >95%) of the outer dimensions of the element. If only a smaller part of the clear aperture is used the corresponding shape deviation will be significantly lower.

The micro roughness describes deviation of the surface with lateral dimensions been of the order of the wavelength of light or lower (i.e. typ. <1µm). These deviations is mostly responsible for scattered light.

The micro roughness is usually specified by the quadratic average Rq of the surface deviation. The polishing techniques used in our workshop allow to obtain values of Rq <1nm (typ. Rq <0,5 nm).

The effect of prisms largely depends on the correct orientation of the optical surfaces. The specification of the required accuracy is often more complex than expected at first. In particular one has to regard that the specification of the tolerance of the angles between pairs of prism surfaces is generally not sufficient. Taking a simple right angle prism as an example its three polished surfaces may not be perpendicular to a common base surface but show a slight tilt. As a result the prolonged prism would have the shape of a (usually very acute) pyramid. The corresponding angular deviation is consequently called pyramidal error and influences the function of the prim in certain applications. The pyramidal error is not described by the prevalent tolerances of the 45° and 90° angles.

This example shows that the specification of angular tolerances requires a careful analysis of the three dimensional function of a prism.